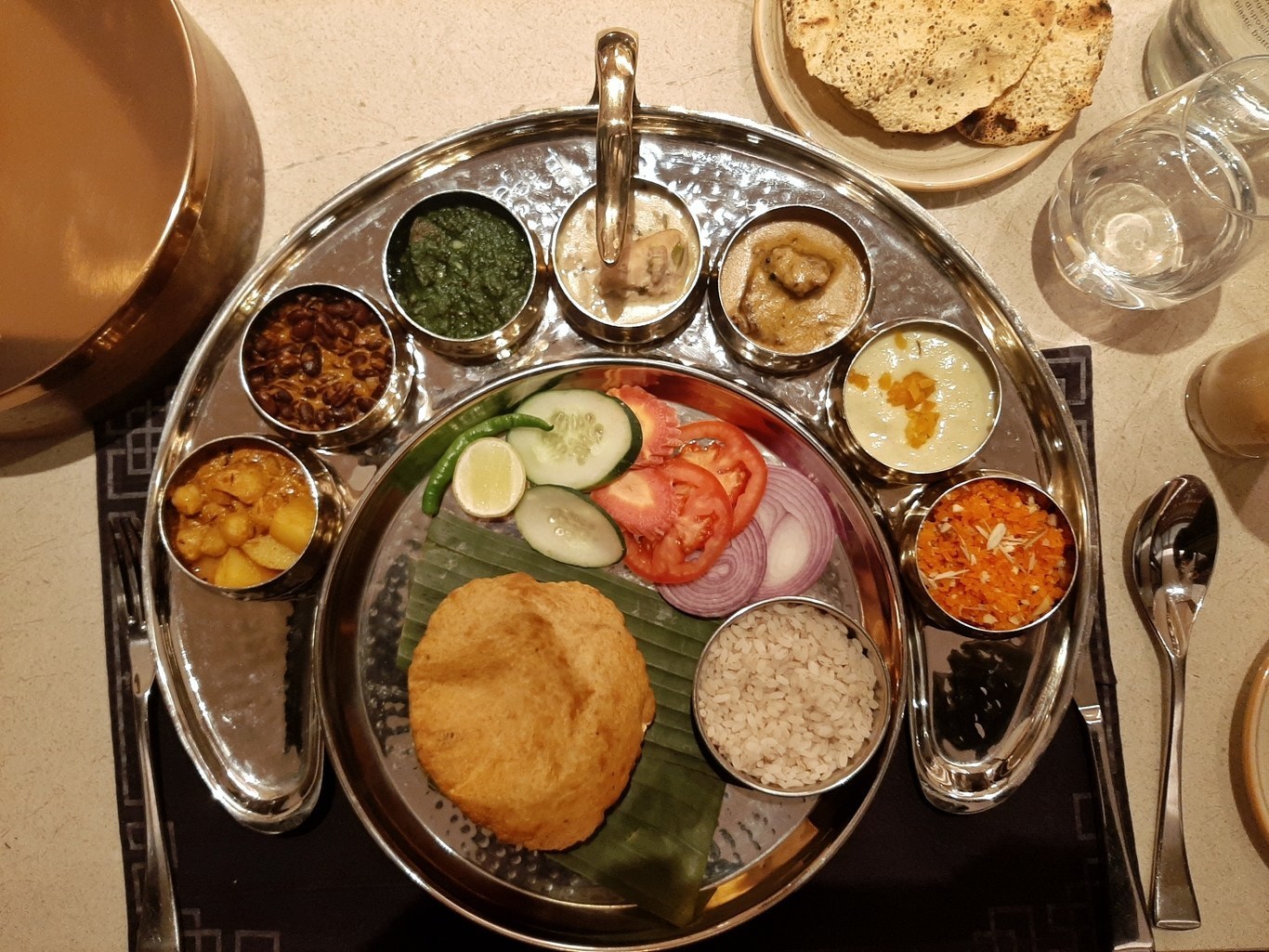 Dham, a popular traditional feast prepared during marriages, local festivals, and special occasions of Himachal Pradesh, is a complete food not only according to Ayurveda but also nutritionally. The ethnic foods, include rajmah madra, kadi, khatta, sepu badi, and so forth, exhibit a treasure of food heritage and are an integral component of the diet of the people in the state. The cuisine is developed keeping in mind not only the geographical and climatic conditions of the state but also according to the traditional methods under natural conditions mostly from the staple ingredients.

Dham, a local term for lunch/traditional feast prepared in Himachali style and served during ceremonies, provides an opportunity to be familiarized with the delicacies of the state. It is very hard to separate Himachal Pradesh and dham as it forms an integral part of Himachali traditions. Himachali dham is not just an insignia of tradition but also a mark of practical “Vedic” knowledge and is, thus, not only popular in Himachal Pradesh but also loved across the world. It is believed that initially dham was served in the temples as prasad, and hence, the entire meal is satwik. However, eventually, dham is now served during every auspicious occasion and gathering such as marriages, family events, and religious events in Himachal Pradesh. Another unique aspect of dham is that usually no vegetables are used in any of the dishes. It is purely made from various types of lentils and dairy products.

Firewood required for cooking food is called “samdah”. The village priest suggests an auspicious date, months before dham’s actual date, and all the villagers are invited on that day. Men cut the firewood, and women cook food for them while singing folk songs.

Cooking authentic Himachali cuisine is an extremely laborious and time-consuming task, which generally takes approximately 12 hours for preparation.. As dham in ancient times was offered to Gods in the temples, and owing to the caste system and some religious customs prevalent at that time, only a group of Brahmin cooks known as “botis” used to prepare the dham. For many centuries, these botis have preserved the secret recipes of the dham and have handed them to their younger generations just by the word of mouth. Even now, every village has a boti of its own, who cooks authentic dishes to be served as a dham during festivals and community functions. Botis usually wear a dhoti and cook/serve the whole dham barefoot and are very strict about the hygiene and sanitation inside the kitchen, so much so that during the preparation of dham, people must enter the kitchen barefoot and have to first clean their hands, only then work is assigned to them.