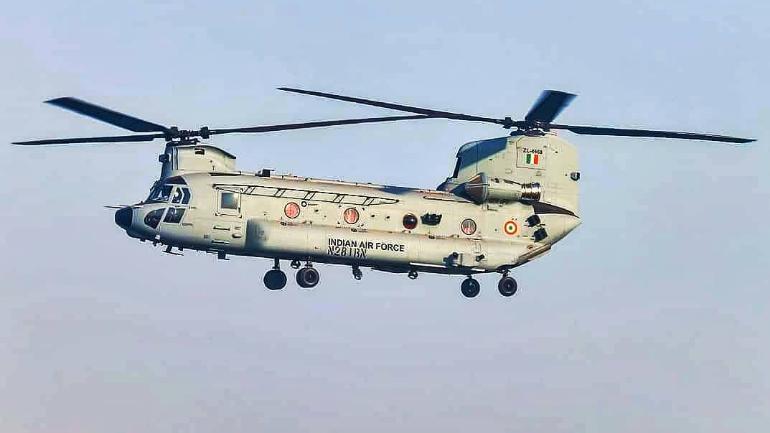 Monday is special for Indian Air Force. Chinook helicopter, which enhances the strength of the IAF, has joined its fleet. In the 12th Wing Air Force Base in Chandigarh, Air Chief Marshal BS Dhanoa gave this information and said that considering the challenges of the security of the country, Chinook helicopter will be extremely important. He said, “With the help of this helicopter, the Indian Air Force will be able to carry heavy luggage in high and inaccessible areas.”

Chief Marshal Dhanoa said, “With the help of Chinook helicopter, it will not only help the army to carry the war-related weapons, but also through the use of it to carry the affected people in safer places and relief in the ongoing military operations during natural calamity. It will help in mobilizing material.”

The Chinook helicopter built in the US is also very special in the Indian Air Force. With the recent Pulwama attack and subsequent tension on the border, India and Pakistan’s air force has been compared to many times.

India had signed an agreement with Boeing in September 2015 to buy 15 CH-47F Chinook helicopters for Rs 8,048 crore. Four of these 15 helicopters have got India The rest of the helicopter is expected to meet India next year.

Let us know that the Boeing CH-47 Chinook helicopter is a double engine. It started in 1957. In 1962, it was included in the army. It has been made by Boeing Rotorcraft system. Its name is derived from Native American Chinook. This helicopter can fly at a speed of about 315 km / hour. Since its Beginning, the company has made some changes over time. Along with its cockpit changes, its weight was reduced by making several other changes, including its rotor blade, enhanced flight control system. Currently it is one of America’s fastest helicopters.

These Countries have Chinook

The famous badminton player Saina Nehwal was reported to be covid positive recently. Saina has been taken back from the tournament due to her medical ... Read More

On Monday (January 7th), on the fifth day of the fourth and final Test match between India vs Australia, no one ball was bowled due ... Read More