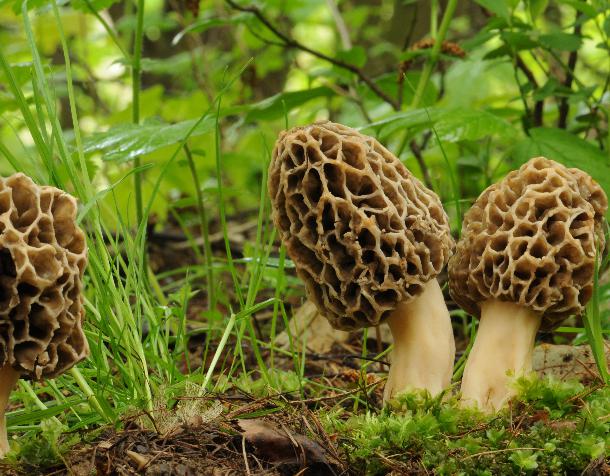 The Guchi of mushrooms

A different type of mushroom species coming out in the forests is called Guchi. Between trees and bushes in light and black soil, it creates more. So far experts have not been able to prepare Guchhi in homes and fields. Gurichi’s scientific name is Marquilla Esquiplanta but it is called sponge mushroom in Hindi. Due to the rise in moisture in the hills, hill people call it Dungalu or Guchi. It is red, brown and black. The Guchi of mushrooms usually found in uper range of himalaya in India,China,Afganistan,Tibbet ,Bhutan etc.In Himachal Pradesh it is found in Chamba,Shimla,Manali,uper parts of Kangra i.e almost in a place where snowfall occur at least once in a year.

Although this vegetable is full of medicinal properties, but regular eating it eliminates heart diseases. This vegetable is useful for heart patients.
For this vegetable, where people compete in one side, on the other hand, people from USA, Europe, France, Italy and Switzerland very much like Gücchy. In addition to Vitamin-B and D, there is abundant vitamin-C and vitamin-rich. People living in these areas gather in clusters of forest during the season only. The big companies buy these accounts for 10 to 15 thousand rupees per kg, whereas in the market it costs 25 to 30 thousand rupees per kg.

How it grows and what’s its specialty

Actually, mushrooms are a kind of fungus. It grows by itself. Mushrooms are of two types: a normal in which the buttons are usually mushrooms, whereas the second is medicinal purpose in which the species of mushroom, such as cloves are included. It is known locally as Guchi. Its price is very high in the international market. Knowledgeable experts say that it can be easily identified due to bee hive cap. The local people of Central and Western Himalayan region have been using this mushroom as a healthy diet for many years. In Latin, it is known as Morcela Esculenta or Moral Mushroom. These mushrooms grow themselves in the high. Himalayan regions of Himachal Pradesh, Uttarakhand. In the Darma valley of Kumaon, this mushroom grows in March in the Niti valley of Garhwal and in the month of April and June the local people start breaking them. It also grows in the valley of Kashmir.

The website from which you got to this page is protected by Cloudflare. Email addresses on that page have been hidden in order to keep ... Read More