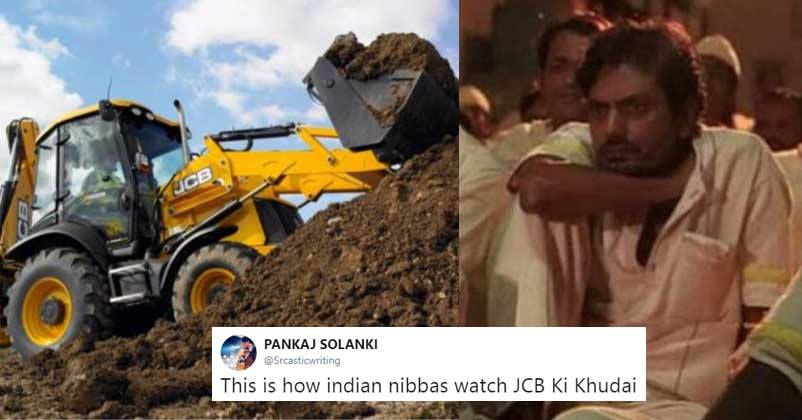 When a JCB machine is at work in India, there is a huge crowd of people to see the digging work. Jokes were being made on social media for quite some time, but for some reason they were not much viral. But after the Lok Sabha elections ended, the politics took farewell from social media and JCB’s entry was done.

JCB has become a sensation on social media. #JCBkikhudai is trending at the top for several days. There is a flood of memes created on the JCB machine on social media platforms. From celebrity to Twitter users, everybody has made JCB tremendous trends. JCB company has thanked the people for such overwhelming response. Users have uploaded many JCB videos in the past. When one JCB machine is demolishing a building in one part of the world, another JCB is helping construct a building in another part of the world.

JCB Machines wrote on Twitter while posting a video: “Today we are very happy with the love shown for JCB in India. Indians have #JCBKiKhudai trended across the country Thanks to our customers and fans for their enthusiasm and support! “

The Guchi of mushrooms

A different type of mushroom species coming out in the forests is called Guchi. Between trees and bushes in light and black soil, it creates ... Read More

The website from which you got to this page is protected by Cloudflare. Email addresses on that page have been hidden in order to keep ... Read More